Why Everyone Is Talking About the Abrolhos Islands

The Houtman Abrolhos also known as the Abrolhos Islands is a chain of 122 islands on the west coast of Australia. It extends across 100 kilometres of the Indian Ocean, from the northernmost to the southernmost tip.

Rich with biodiversity and known for its crystal clear blue waters, the Abrolhos Islands was granted national park status in July 2019 by the Western Australia government.

There are many reasons why everyone is talking about the Abrolhos Islands as one of the best things to do near Geraldton.

A Haven For Nature Lovers

The Abrolhos Islands has a rich variety of flora (including stunning wildflowers) and fauna (native Australian animals), making it an ideal place for eco-tourism, as well as natural or ecological studies. In fact, people have likened the Abrolhos to the Galapagos Islands, so it’s no wonder that it has become a popular spot among nature lovers.

The coral reefs of the Abrolhos Islands are known to be the southernmost in the Indian Ocean. Aside from coral reefs, the area is rich in algae systems, sponge gardens and seagrass meadows.

Samson fish are also common in the islands. In fact, they have become friendly with humans, so you can hand-feed them.

Migrating humpback whales also swim in the waters of the Abrolhos around July to October. Dhufish, snapper, coral trout, octopus, scallops and the Western rock lobster are also plentiful in the area.

Large breeding colonies of seabirds, of which more than 90 species have been identified, come to the Abrolhos Islands whilst feeding on schools of pelagic baitfish. The Abrolhos Islands is the breeding site for the little shearwater. Seabirds like the lesser noddy, common noddy and sooty tern are also a common sight here.

The tammar wallaby, also known as the darma wallaby or dama wallaby, lives on some of the islands and has conveniently learnt to drink saltwater in the absence of fresh water.

Other species you’ll find in the islands include the spiny-tailed skink, the Abrolhos painted button quail, the Abrolhos dwarf bearded dragon and other types of reptiles.

Various plant species are endemic to the islands. Only one type of eucalyptus (Eucalyptus oraria) is found here, though, on East Wallabi.

The Abrolhos Islands is a popular cray fishing and ‘regular’ fishing site. Prized food fish varieties are abundant in the seawaters of the islands, including the snapper, baldchin groper, emperor fish, coral trout and dhufish.

Other fisheries found in the area feature scallops and wild-caught finfish. Aquaculture enterprises, including caged finfish, have also begun to thrive.

Visitors who want to beach fish in the islands need to check with local authorities concerning fishing regulations and excluded zones. To be on the safe side, you can always opt for a Geraldton offshore tour on a fishing boat who will ensure you’re following all local regulations.

The Abrolhos Islands has been the site of various maritime disasters through time primarily due to its treacherous atolls. The list of recorded shipwrecks includes the following:

Avid divers will certainly enjoy exploring what’s left of some ships that crashed into the reefs of the Abrolhos. However, if you plan to dive in the area, check weather conditions first, as there can be huge swells in the waters of Abrolhos.

If you'd rather see remnants of the shipwrecks on land, you can visit the Shipwrecks Gallery of the Museum of Geraldton where some artefacts from four of the above shipwrecks are on display.

The Abrolhos Islands is an ideal destination for nature lovers, fishing enthusiasts and adventurers who love to explore the sea. You can fly over or take a local charter tour of the islands.

So, the next time you visit Western Australia, pencil in these islands and book your Abrolhos Islands tour and comfortable Geraldton accommodation for stress-free travel. 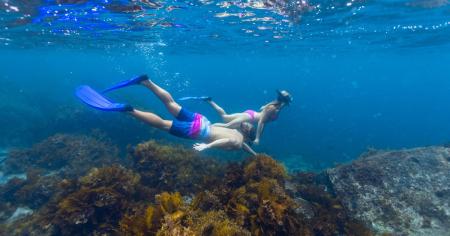 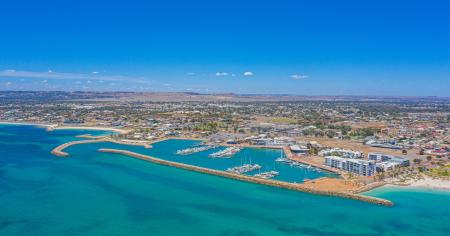